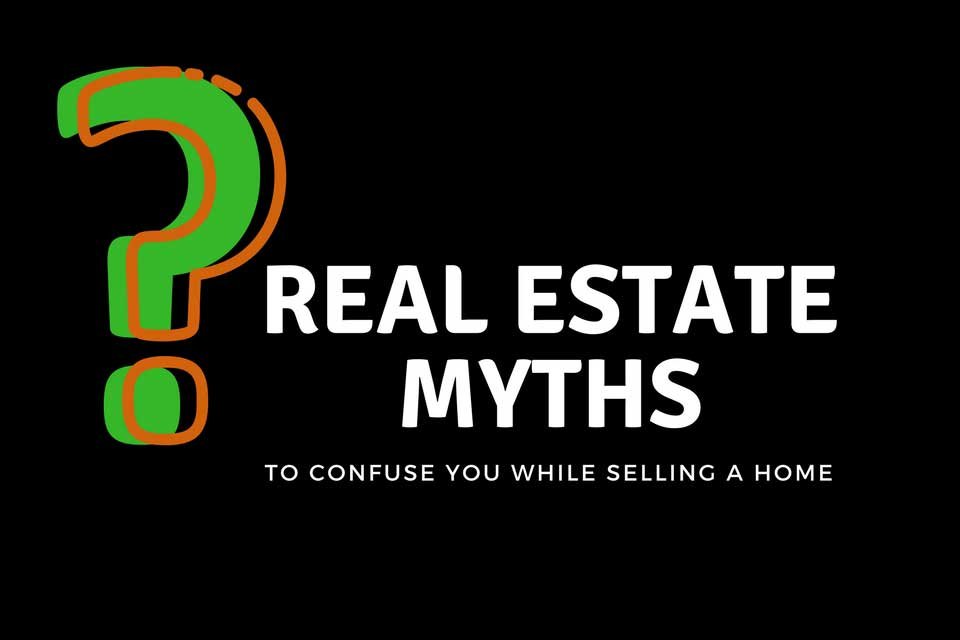 However, apart from everything that is jumbled up here, the fact is, there are several myths that are doing the rounds inside and outside the real estate industry. And, believing them can cause a lot of damage.

So, here are the top 7 myths that you would come across in the American real estate industry.

Most of the times, people avoid hiring a professional home inspector, because apparently, saving a few dollars seems more tempting to them than buying a flawless house. However, the truth is, an inspection is just to gauge the condition of the house. It is not meant to put a tag of pass or fail on the house. The inspector will provide you a detailed report with all the flaws present in the house and the fixes that it requires.

If you are a seller, conducting a home inspection will help you assess the negative aspects of your house beforehand so that you can fix it on time; thus, removing any sort of chances for house reduction.

And, if you are a buyer, getting a home inspection conducted will help you know whether the house is worth buying or not.

Most of the people believe the seasonal scenario blindly. Generally, people consider summer/spring or weekend to be the best time to buy a house. And, a person who is selling the house for the first time, tend to make the property available for a showcase on these days only. However, the truth is, serious buyers, don’t follow any particular season or day while hunting for their dream house.

While researchers have claimed that holidays are considered the best time to sell a house. The majority of buyers are not married or don’t have children, so school holidays season is none of their concern. So, in a way, a person who is looking out to buy a house seriously would not pay much attention to the season or days part. So, being a seller, be prepared all the time.

Setting up the prices higher initially seems to be one of the most common trends of the real estate domain. Usually, people perceive that until or unless they won’t ask for a higher price, they will never get it. Or, they live with a conception that buyers are always meant to bargain; hence, they will eventually come down to a price as appropriate as their property worth.

However, the truth is, keeping a higher price often leads to the prolonged sitting of the property in the market. And, not many people show enough interest in it. If you are pricing your house as per the competition in the initial phase itself, the chances are it will get more traffic.

#4. The Market Will Always Shoot Up

For few years, buyers and sellers had to face an increment in the value of the property. And then instantly, there was a sharp decline because of the downturn in the economy. And now, again, there is a period of elevated values. So, most of the times, people only concentrate on the market going up and they never pay heed to its downfall. Therefore, the recent recession proved many people wrong and gave them the shock of their lives when they realized that prices can fall to a great extent. Therefore, if you think that the market of real estate is only meant to rise high, wait until you see it’s bad fall.

#5. Setting a Low Price May Harm Your Profit

While sellers commit a grave mistake of setting the prices higher than the limit, on the other hand, buyers commit a classic mistake of offering the price lower than the limit. Although negotiating is a part of buying something. And, there would be nothing better if the house fits your budget. However, an unrealistic low price can estrange the seller and can affect your serious reputation. They wouldn’t take you seriously anymore.

On the other hand, being a seller, if you are pricing your house lower, it may generally lead to a healthy competition, where people would be striving to outbid each and everyone to buy the house. The result may bring you several offers, and you can sell the house to the one who is offering an adequate price. So, you see, setting a low price may not harm your profit.

#6. You’ll Get Good Returns on Renovations

Usually, people renovate and remodel their house before listing it for selling just to expect 100% return on it. According to some research, the return that you may get on the renovation is just the average of 64%. However, there are some such upgrades that can add considerable worth to the final price of your house. The latest analysis of the National Association of Realtors concluded that the replacement of garage doors, steel outer doors, mid-range wood windows are some of the things that can bring you 100% return. Apart from that, remodeling of the kitchen can bring at least 79.3% of the cost.

Fixing the air conditioning, heating system, and the roof may result in quick selling of the house. However, you may not be able to get what you have invested in these things.

#7. Paying Attention to The Nearby Schools

Surely, not every buyer would pay attention to the highly ranked schools in the vicinity. However, the truth is that if your house is located in such an area that has good schools in the neighborhood, undoubtedly, you can fetch more for such a house. Not just the ones who have children, but even the buyers without school-going offspring would consider buying a house near the school because such areas make for the most sought-after localities. So, as a seller, make sure you are taking the fullest advantage of this addition. And, as a buyer, make sure that you look twice at every aspect of the neighborhood, so that even if you would want to sell it in the future, you may get premium cost.

Let us help you cut through the clutter and discover ALL of your options.

Hear What Others Have To Say…

“Nearly 4 million Americans are more than 60 days behind on their mortgage, and countless others are only a paycheck away from missing a mortgage payment. You’re not alone. ”  That’s why we’re here, to help home owners like you when you need it most.

“It’s being here now that’s important.  There’s no past and there’s no future.  Time is a very misleading thing.  All there is ever, is the now.  We can gain experience from the past, but we can’t relive it; and we can hope for the future, but we don’t know if there is one.”

“That which does not kill us makes us stronger.”