If you own a home or are planning to buy one, perhaps the term “real estate” just means all about home buying and ownership. Again, if you plan to sell your house, all you know or want to know about the domain is how you can fix proper valuation of your property, list your home, find potential buyers, organize open houses and finally, get a deal and close it fast. But American Real Estate isn’t all about just buying and selling properties. It has some interesting and surprising stories related to the origin of some terms, organizations, and properties that very few know of. Today, we present seven such surprising facts about USA’s real estate that you would love to know about.

1. Federal Government Owns This Much Land

The Federal Government owns huge tracts of its western states – approximately half of them. The history of this land ownership has been mainly one of public use and divestiture, not acquisition. As the U.S expanded across the continent, it started purchasing the lands that emerged as new states. However, these federal lands are managed quite differently by a host of agencies with differing mandates. Some Bureau of Land Management and Forest Service properties act as industrial zones with importance given to extensive mining, logging, grazing, drilling and motorized recreation, while wilderness areas belonging to wildlife refuges or national parks ban almost all human development. While this preponderance of land ownership can be considered as defining features of the western parts of the U.S., the east has significantly escaped intensive development. In the eastern part, the government owns less than five percent of its lands. The presence of robust infrastructure and solid connectivity has made the natural resources of this region a little vulnerable to human activity and development.

According to some sources, Charles N. Chadbourn, a real estate broker from Minneapolis and former president of the Minneapolis Real Estate Board, first coined the term “Realtor” in 1916. When Chadbourn found a local man defrauded a widow by acting as a ‘real estate man’, he decided to come up with an official term i.e. “Realtor” for which membership was needed. He started using the term for referring real estate professionals. Original rights of the term belonged to the Minneapolis Board that transferred all rights to the National Association in 1916. According to the website Realtor.org, the Patent and Trademark office registrations and emblem for this term were approved in 1949 and 1950 respectively. Listing of the definition of the term was started in 1967 by the dictionary publishers. The first home staging occurred in 1925 in Fort Wayne in northeastern Indiana. The key aim was to attract potential buyers by showing them a “fully furnished” house. Today, the term is commonly used in the U.S. to refer to a business or person that leases out or sells real estate or acts as an agent on behalf of the property owner. 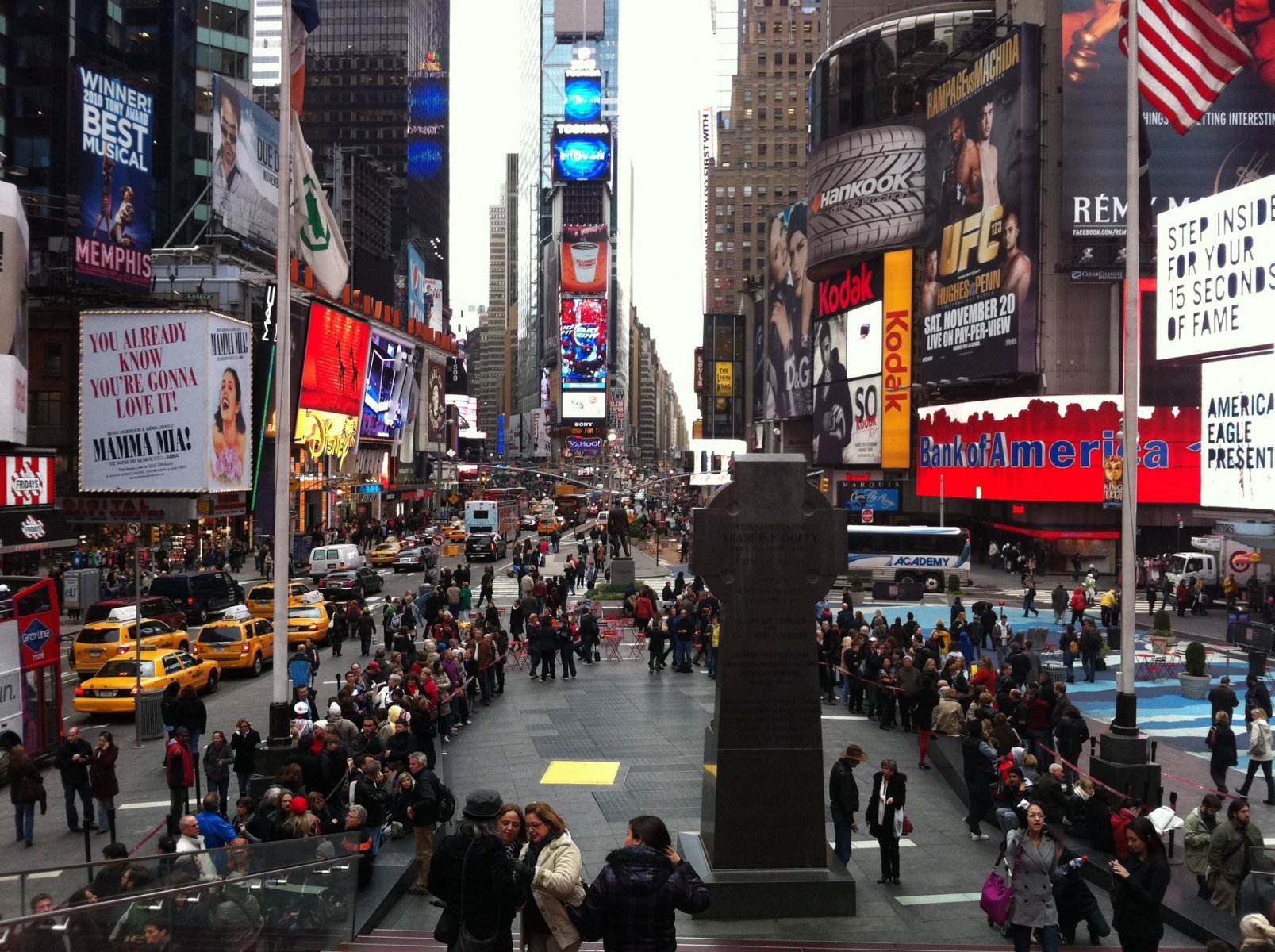 Michael Bloomberg – the former mayor of New York, envisioned the importance of a good public place and quality of life. Bloomberg considered these two factors as key ones in his policy-making and cut the ribbon on NYC’s permanent, enhanced pedestrian plaza – the Times Square pedestrian plaza, which has been proven successful significantly by almost any measure including safety, pollution, and retail sales. Stretching from West 42nd to West 47th streets, Times Square has become a world-renowned tourist destination, major commercial intersection and entertainment center. The New Year’s Eve ball drop event that’s held at the Times Square attracts millions of people across the globe right from its inception on 31st December 1907.

When the question rises, “How to sell our home in US?”, a majority of us – the U.S. homeowners, often open our doors for strangers to enter our homes to judge its quality, aesthetics etc. Yes, we’re talking about open house sessions. Our entire society has become accustomed to getting into this weekend activity. But did you know that this tradition started more than a century ago and the first record of incentivizing buyers was made more than 60 years ago?  In 1952, a real estate professional from Dallas namely Howdy Howard offered free soft drinks to all the visitors of a home he was trying to sell in a new subdivision. He also offered a free Cadillac to the lucky buyer. More than 100,000 visitors attended that session. Even today when we’ve evolved much and moved into the online era, the format remains much similar to the earlier times, except for some tweaks that have been made to stay in tune with the modern era. Some open houses have started capitalizing on the ever-evolving busy schedules while some others have become quite a marketing platform. Still, the basic concept hasn’t gone too far from where it all started more than a century ago.

5. The Mall of America 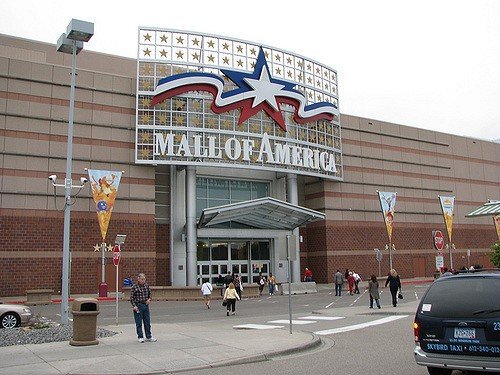 Mall of America or “MOA” is one of the largest malls in the United States in terms of total floor area and the number of stores. The mall is operated by the “Triple Five Group”, which is owned by the Ghermezian family of Canada and is situated at Bloomington, Minnesota. Before opening its doors to the public in 1992, the mall had earned various nicknames including “Sprawl of America”, “The Megamall” etc. It employs more than 11,000 workers throughout the year and 13,000 during peak seasons. The mall holds a gross area of 452,000 m2 with 230,000 m2 retail space. It boasts of incomparable attractions like Nickelodeon Universe and the Sea Life Minnesota Aquarium. The former is the largest indoor theme park in the entire country, while the latter offers its visitors a ride through a 91 m curved tunnel where more than 4,500 sea creatures can be seen.

6. The Establishment of the Largest Trade Org in the country

In 1908, the National Association of REALTORS was founded with the key goal of uniting all the real estate men of America and effectively exerting a joint influence of matters that affect real estate interests. By that time, the organization was known as The National Association of Real Estate Exchanges and real estate agents were known as “real estate men”. The members of NAR comprise of real estate brokers, immovable property managers, real estate salespeople, counselors, appraisers, and people engage in every aspect of the real estate industry, where a state license is needed. Headquartered in Chicago, NAR has more than 1.1 million members and acts as a self-regulatory organization. It governs hundreds of local MLS (Multiple Listing Services), which are information exchanges triggered by real estate brokers across the country. NAR is responsible for setting policies for Majority of the Multiple Listing Services through a complex arrangement. There are several options for additional certifications available in a variety of specialties. Most prominent ones include Certified Property Manager, Accredited Land Consultant, Certified Residential Specialist, Accredited Buyer Representative, Counselor of Real Estate, amongst others.

You may have thought Warren Buffet, who runs a multi-billion dollar empire, lives in a lavish home and has a portfolio of homes from which he can take his pick at his will. However, you would be surprised to know that the modest man, often called the ‘Wizard of Omaha’ still enjoys staying in a modest abode that he bought for $31,500 way back in 1958, which comes to almost $250,000 today. Featuring at number 3 in the Forbes 2017 list of the “400 Richest Americans”, Buffet’s wealth makes it possible for him to choose from a variety of almost limitless property options. Yet, he still lives in the gray stucco house in Omaha’s Dundee-Happy Hollow Historic District. Interestingly, this was the place where he spent his childhood days. Buffett’s home is nothing like you would imagine a billionaire’s home would be. You won’t find any security guards, gate or surveillance cameras that protect this home, who’s owner runs a multi-billion dollar empire. The home’s valuation, as of its last assessment, was $700,000 but its billionaire owner believes the figure to be an optimistic one.

From the land owned by the federal government and origin of the term “Realtor” to the enticing Times Square, trend of open houses, the sprawling MOA, the establishment of NAR, and Warren Buffet’s modest abode (in comparison to how lavish he could have lived by using some of his huge wealth), the domain of USA real estate is full of interesting and surprising facts. However, not many are aware of them. Now that you know some of these, make sure to share them with your friends and family, thus helping them help get a better, and often an interesting insight, into USA’s real estate.

Let us help you cut through the clutter and discover ALL of your options.

Hear What Others Have To Say…

“Nearly 4 million Americans are more than 60 days behind on their mortgage, and countless others are only a paycheck away from missing a mortgage payment. You’re not alone. ”  That’s why we’re here, to help home owners like you when you need it most.

“It’s being here now that’s important.  There’s no past and there’s no future.  Time is a very misleading thing.  All there is ever, is the now.  We can gain experience from the past, but we can’t relive it; and we can hope for the future, but we don’t know if there is one.”

“That which does not kill us makes us stronger.”